History of the College

The College of Liberal Arts traces its origins to 1883, the same year the University of Texas was founded in Austin. The college's first departments were located in the Old Main building. 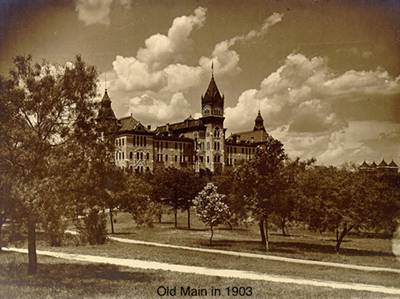 The College of Liberal Arts traces its origins to 1883, the same year the University of Texas was founded in Austin. The college's first departments were located in the Old Main building.

The Dean's Office of the College of Liberal Arts is located in the century-old Dorothy Gebauer Building, directly east of the Tower on the old central UT campus. Designed and built in 1904 by the San Antonio firm of Coughlin & Ayres at a cost of nearly $85,000, it has the distinction of being the oldest academic building still standing on the original 40 acres. (Atlee B. Ayres was the grandfather of UT Austin Professor James Ayres, former director of the University's Shakespeare at Winedale program.)

Since its construction, Engineering, Journalism, Geography, Speech, several area studies centers, and the Dean of Students' Office have occupied the building at various times. In 1984 it was renamed to honor Dorothy L. Gebauer, former Dean of Women and a driving force in campus life for several decades. During the installation of an elevator in 1991 the building was found to be unsafe and a recommendation was made to condemn it. Narrowly escaping the wrecking ball, the building underwent extensive renovations beginning in 1997. Since April 2000, it has housed the main administrative offices of the College of Liberal Arts. 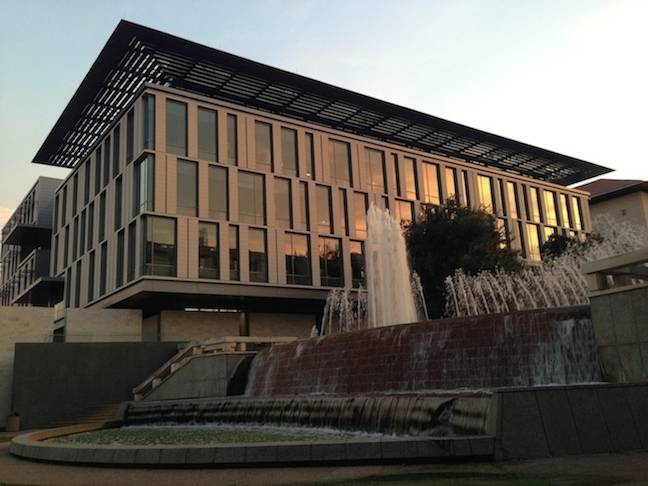 Centrally located on the East Mall near San Jacinto Street, the Patton Hall Building opened in January 2013, marking the first time since the razing of Old Main in 1930 that so much of the college was under one roof. The 200,000-square-foot building houses 11 Liberal Arts departments, centers and programs. Spaces include faculty and graduate student offices, labs, seminar rooms, classrooms, study spaces, and a student lounge and advising center. The RLP building occupies the former site of Russell A. Steindam Hall, home of the college's ROTC program. All branches of the ROTC now occupy the fifth floor of the RLP building.